Though Swedenborg’s “Rules of Life” have been in Swedenborgian published discourse since as early as his memorial service, disagreement exists on whether he literally penned these rules.

The only extant claim of seeing the rules is the eulogy delivered at Swedenborg’s memorial service by Samuel Sandels (1724–1784), a colleague of his from the Board of Mines and from the Royal Academy of Sciences. Swedenborg had become something of a controversy at the end of his life. He was still involved in an unresolved heresy trial; and despite having many prominent friends, he had also been the subject of much ridicule. Cartoons were published, for example, that questioned Swedenborg’s sanity or honesty, since many thought he was fabricating his stories about the spiritual world. 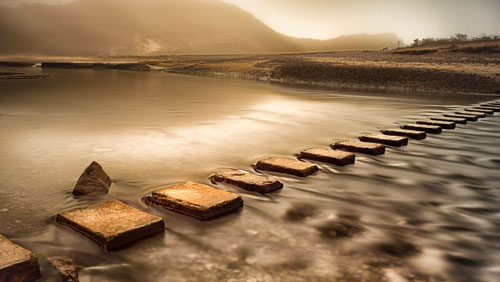 In Sandels’s eulogy, the now legendary “Rules of Life” follow several paragraphs acknowledging controversial public perception issues associated with Swedenborg.[1] Interestingly, in 1784, just twelve years after Swedenborg’s death, Robert Hindmarsh (1759–1835) published an English translation of the eulogy. Translated from a French translation by Antoine-Joseph Pernety (1716–1801), Hindmarsh’s publication excised all language speaking to Swedenborg’s problematic public image; and this sanitized version of the eulogy is the one that bathed early Swedenborgian consciousness.[2] Sandels’s full version was not published for a half-century after Swedenborg’s death, long after his eulogy had fallen from conversation. As the rules appear immediately after Sandels broaches the controversy around Swedenborg, they form the basis of his defense of the character of his much older colleague. Sandels describes Swedenborg’s healthy psychology and his conscientious approach, both of which refute any notion that he was crazy or had poor motivations. He also claims to have seen scribbled in the margins “in several places” these rules that Swedenborg set out for himself as evidence of his sincerity and honesty.

The problem with this claim is that it has yet to be corroborated. The same manuscripts to which Sandels refers were carted off to the Royal Academy of Sciences in Stockholm where they have since been painstakingly examined by a great many scholars and researchers. The rules have never been seen. Few archives have been as thoroughly vetted as Swedenborg’s, so there is zero chance that the rules, let alone “several” instances of them, exist in the margins of those twenty thousand pages. One researcher published a recent article, wondering if a certain archival discovery indicated that there had been a second sighting of the rules among manuscript pages in London, where Swedenborg lived off-and-on for thirteen years total.[3] In researching that document in the Alfred Acton archives at Bryn Athyn College’s Swedenborg Library, however, I came to the conclusion that this discovery is not an independent claim of seeing the rules but instead is a clipping of Hindmarsh’s publication of Sandels’s eulogy put into a “commonplace book” (a chapbook of clippings). Thus, Sandels remains the sole source for the claim that Swedenborg wrote down for himself these rules of life.

How the Rules Came to Be: A Surmise

Here’s what I think happened with Sandels’s eulogy (and I’ve given many eulogies). Sandels wanted to present his friend’s life in the best possible light. It is clear from the tone of the eulogy that he did not expect Swedenborg to become an inspiration for a worldwide religion and that those very same piles of papers going from Swedenborg’s house to the Academy would be carefully pored over by scholars and devotees in the centuries to come. The most believable hypothesis is that Sandels creatively shaped the “rules” to work as a rhetorical device that would convey fairly and justly Swedenborg’s integrity in the way he lived his life. Sandels would most likely have been bowled over if he had been informed that his rhetorical device would come to adorn plaques hung on countless walls all over the world! But he might have been more pleased to know that he nailed the spirituality of his beloved colleague so truly.

I have hung the rules on my wall for 35 years and have felt from my earliest days after my young adult immersion into Swedenborgiana that they are indeed “true” to Swedenborg’s spirituality. Their continual presence since the inception of organized Swedenborgian activities has established the rules as part of the lived tradition of Swedenborgian spirituality. But I am unaware of any serious attempt in any Swedenborgian tradition to turn them into a practice. About a year ago, I began shaping a daily spiritual practice of Swedenborg’s “Four Rules” via incorporating them into the forms of Lectio Divina and the Examen, and I have been using and revising the practice on a daily basis ever since (see more on these connections below).

This practice has worked for me better than any other spiritual practice I have tried—probably because I really do regard it as Swedenborgian and believe that it is a profound way to efficiently engage spiritual principles for the kind of regenerative living to which Swedenborg constantly points. Below, I share the framework I have been using.

What Are Swedenborg’s Rules of Life?

Traditionally, these principles have been combined in a couple of different ways to create four rules. The two most common renderings of the four rules are:

A Suggested Practice for Swedenborg’s Rules of Life

Through my years of doctoral research in spirituality and history and through teaching an introductory spiritual disciplines course many times at Pacific School of Religion, I have along the way become acquainted with a broad spectrum of spirituality practices and have noticed that Swedenborg’s “Rules of Life” incorporate the essence of two of the most currently popular Christian spirituality practices from a far-back history: Lectio Divina and the Ignatian Examen. The first of Swedenborg’s rules is easily aligned with a Lectio practice, which structures a way to “pray the Word.”[4] The rest of the rules are easily shaped into performing a daily Examen. In my effort to create a practice that is doable on a daily basis, I prefer the option in the first of the above renderings that says to pray the Word “often,” which is not necessarily daily. So the first rule might be done a few times a week, whereas the rest of the rules should be prayed daily.

The practice of Christian lectio divina may have its roots in the Jewish devotional practice developed in late antiquity with the reading of the Haggadah (ca. 170 CE) at the Passover Seder, but it is clearly an outgrowth of Origen’s (d. 232 CE) scriptural spirituality based on meditative reading as a way to draw closer to Christ, the very Word. Lectio divina fully blossomed with the advent of spiritual practices in the desert performed by early monastics in the fourth century. Those Christian ascetics formed the practice of contemplative prayer associated with repeating small sections of scripture, often all day long or for many days running.

Today’s common practice is to read a selected passage slowly four times with a space of time placed between each reading. Many people prefer to read the text aloud for a more holistic experience of the words. A different focus or spiritual mindset is employed sequentially across the four readings. Those are each described below. Some, however, prefer a focused movement within a passage once they have identified the word or phrase or thought that has arrested their conscience and heart. Instead of proceeding with the customary sequence, they remain with the movement that has occurred and “pray it through” to a finished conversation with the One to whom they pray. You can experiment a little with it either way, but know that the classic method is to read through four times slowly so that the work of each step can take place in its structured process:

Slow the reading down if you feel it is passing you by.

The Examen is shaped from the sixteenth-century classic Spiritual Exercises by Ignatius of Loyola (1491–1556) and forms the core of Ignatian spirituality. Many different versions of the practice are in existence, though the similarities are much more prominent than are the minor differences. The Examen is the first “Rule” in monastic history that was shaped for the general laity in contrast to those who had taken vows and who followed much more elaborate and rigorous “Rules.” The fact that it has become so widely used across many Christian (and other) traditions is owed to its simple and effective approach to daily prayer. It is structured enough that it can’t be done in a couple of minutes but simple enough that a powerful and complete experience of prayer connected to recent experience can be achieved in as few as a dozen minutes.

A Daily Swedenborgian Practice Based on Swedenborg’s Rules of Life

Find a comfortable spot where you are not likely to be disturbed.

Recall that you are in the Presence of God. As you quiet yourself, become aware that God is present with you—that God is always present in your body, in those around you, and in the creation that surrounds you. The One who brought you forth into being unwaveringly loves you and is present working with you to reach your fullest potential. “The Lord is near to all who call on him, to all who call on him in truth.” (Psalm 145:18)

Swedenborgian Lectio Divina. If this is a day that you will do Lectio, spend 15 minutes or more reflecting in a journal on a small amount of text from the Bible or from Swedenborg’s writings. Read the text as if it is being spoken to you personally, and let yourself be in dialog with it. The main objective is to feed the heart, soul, and will through the mind. Each session’s passage should be brief enough that the scope will not overwhelm you. The goal is to go deeply, not widely. After you have taken a few minutes to quiet your mind, turn your attention to the passage you have selected.

[4] Of more than passing interest is the pietist bias of his clergy father, Jesper Swedberg, in whose powerful presence Swedenborg was raised. In Lutheran pietist practice in the eighteenth century, what is called “the inner Word” had become common. Alone or in a group, practice of “the inner Word” involves attempting to be open to the Holy Spirit speaking directly to the devotee while prayerfully studying scripture. See Dale W. Brown, Understanding Pietism, 2nd ed. (Nappanee, IN: Evangel Publishing House, 1978), 46–56.