The Swedenborg Foundation is proud to announce a brand-new webcast series from the production team behind Swedenborg & Life. 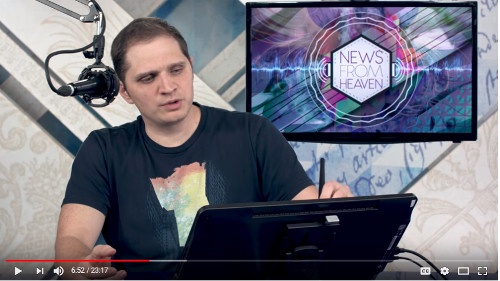 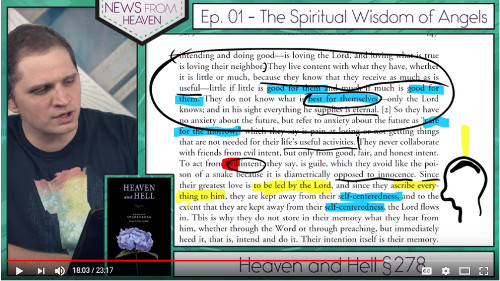 News from Heaven is designed for people who want to better understand Swedenborg’s thought in his own words. Each week, host Curtis Childs takes a brief section of one of Swedenborg’s works and delves into the meaning behind it, highlighting key concepts and showing how even the most abstract ideas can be put to work in our daily lives.
In a special sneak-peek premiere on Christmas Eve, Curtis examined “The Spiritual Wisdom of Angels” from section 278 of Swedenborg’s classic Heaven and Hell. The text—and the show—describe how allowing yourself to be led by the Lord can bring you to a state of inner peace.
Starting January 3, new episodes of the show will be released at its regular time slot, Thursdays at noon Eastern time. Upcoming show topics include:

More New Shows Are on the Way!

Swedenborg & Life is on hiatus until April as the production team works on new episodes, but we won’t leave you hanging! Starting on January 7, we’ll be doing a series of live episodes that explore the key points in some of Swedenborg’s most popular works:
January 7: Secrets of Heaven
January 14: Heaven and Hell
January 21: The Lord, Sacred Scripture, Life, and Faith
February 4: Divine Love and Wisdom
February 11: Divine Providence
February 18: Revelation Unveiled (also known as Apocalypse Revealed)
All episodes will air at 8 p.m. Eastern Time, with live chats for those who want to ask questions as the show is happening. You’ll also have a chance to get your questions in during two live panel shows on January 28 and February 25.