Our week-long fundraising campaign that kicked off on Giving Tuesday was a resounding success thanks to a generous response from our supporters, raising a total of $17,443 from new and existing donors.

The week kicked off on Giving Tuesday (November 27), a day set aside to remember the charitable causes that matter most to us. In a special live broadcast from the offTheLeftEye studios, home of our weekly webcast Swedenborg and Life and our offTheLeftEye YouTube channel, cast and crew spoke about some the videos that have had a special meaning for them over the years. The show included special features like staff writer Chelsea Odhner giving us a visual tour of some props that had been used in the show and video art director Matt Childs and New Century Edition Latin consultant Chara Daum talking about the significance of the designs in the set background. But the highlight of the show was a musical interlude with show co-host Jonathan Rose and Chelsea Odhner performing some songs from his album of spiritual music, followed by Jonathan teaming up with host Curtis Childs to reprise their song “You Might Just be Waking Up.”
Thanks to a donation from a very generous couple who wished to remain anonymous, all of the donations received were matched 5:1 up to $10,000. We made the match on the very first night of the campaign, but we continued to receive donations right until the campaign closed on Monday, December 3. 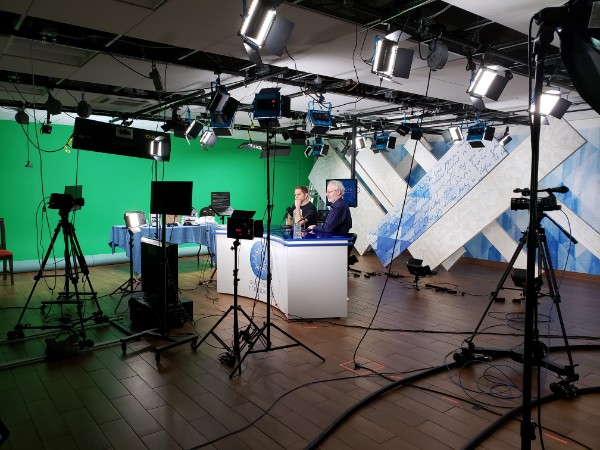 Our deepest gratitude goes out to everyone who gave, at every level! If you didn’t get a chance to join this campaign but would like to help support what we do, you can donate online through our website anytime or you can become a monthly supporter of offTheLeftEye on our Patreon site for as little as $1 per month.