With a little help from our viewers, hosts Curtis Childs and Jonathan Rose spend this episode digging into what eighteenth century philosopher and theologian Emanuel Swedenborg discovered about angels and demons.

What biblical story’s internal sense are you most curious about?

Jonathan’s been a Swedenborg scholar for a long time, but he’s still curious about the true meaning of Moses’s time as a shepherd in the book of Exodus. It turns out that before Moses led his people out of slavery in Egypt, he did the same thing for a herd of sheep—he rescued the sheep from bad shepherds, gave them water, and led them on a forty-year trip that ended at Mt. Sinai, where Moses would eventually receive the Ten Commandments. Trial run? A prophetic precursor to Jesus’s life? Jonathan himself has no idea.

Curtis has been interested in the repentant thief that was crucified beside Jesus. Why did he know to ask Jesus to remember him? There’s just something about that moment that affects Curtis deeply.

In this section, Curtis and Jonathan talk about Swedenborg’s understanding of angels and demons and how they differ from today’s popular concepts. And how did Swedenborg learn? Well, he just asked the angels he ran into in his spiritual journeys:

Angels rejoice at heart that it has now pleased the Lord to reveal a great deal about heaven and also about hell and by this means to dispel—as much as possible—the darkness that has been increasing every day because the church has reached its end. So they want me to assure you on their behalf that there is not one angel in all heaven who was created an angel from the beginning and that there is no devil in hell who was created an angel of light and cast down. No, all the people in heaven and all the people in hell have come from humankind. The ones in heaven are the ones who lived lives of heavenly love and faith while in the world, and the ones in hell are the ones who lived lives of hellish love and faith. Further, what is called “the Devil” and “Satan” actually refers to hell as a whole. . . . Why has the Christian world seized on this belief about the people in heaven and the people in hell? Angels have told me that it comes from a few passages in the Word understood only in their literal meaning and not illuminated and explained by means of a genuine body of teaching drawn from the Word. (Last Judgment §14)

Why does it matter what we believe about angels and demons? As Curtis and Jonathan point out, it can make a huge difference in the trajectory of our life if we believe there’s no hope for a good afterlife—that we’ll just lie in the ground waiting to be resurrected, or that even if we live good lives we can be damned to hell forever for the smallest mistake. If we believe we have a shot at becoming an angel, then there’s hope even for people with a difficult past. Swedenborg was motivated to share his experiences by his desire to spread that hope. 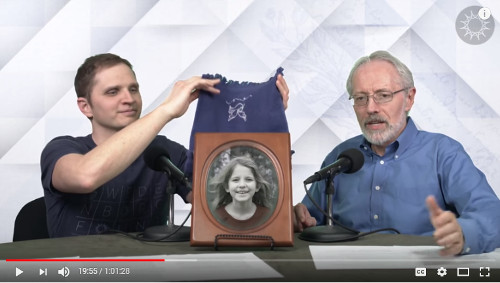 There’s a story about a little girl who lived close to Swedenborg’s house in Stockholm. Knowing he saw angels, she asked him to show her one. After many requests, he said yes, and took her to a part of his garden covered by a curtain. When he pulled aside the curtain, she saw—herself. Behind the curtain was a mirror. To Swedenborg, she was an angel in training.

So in a way, living people with heavenly mindsets are already living with angels. To illustrate this further, let’s take a road trip. 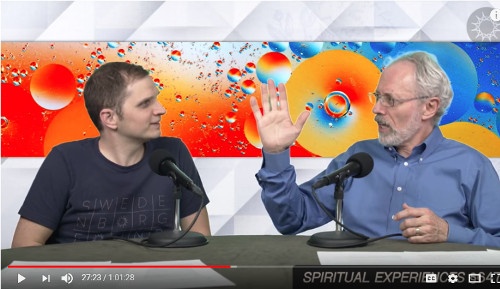 Becoming an angel (or demon) takes your whole life—and sometimes longer. Throughout everything, we have spirits trying coax in one direction or another, but the truth is they can’t get us to do anything we don’t genuinely want to do.

When we love and are focused on some goal, we almost can’t walk away from it. But if our perspective shifts a little, our whole world can change. In this week’s road trip, Swedenborg shares an experience where spirits were trying to tell him what to do, but he wasn’t having any of it. But he found that if his mind shifted just a little bit, then he could be persuaded.

From this and from many actual experiences, I was enabled to learn that all persuasion contrary to one’s loves can achieve absolutely nothing. (Spiritual Experiences §647)

Our love—our primary focus in life—will always rule us, but what we love can change over time. So if you find yourself falling into bad habits or negative situations, try asking yourself, “If I felt differently about this situation, would it turn out differently?”

During this live show, viewers chatted in their questions. Here’s what they asked – just click a question to see the answer: 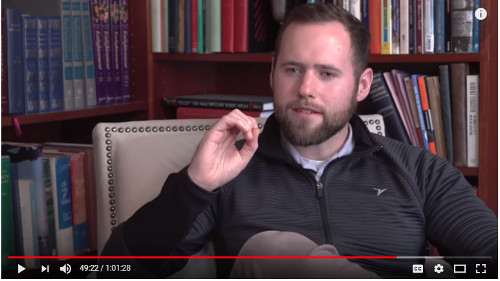 Curtis takes a moment to interview a viewer and colleague, Chris Dunn with the Swedenborg Foundation. Chris was a fundraiser who started reading Swedenborg just as a way to connect with potential donors. He found himself really connected with Swedenborg, and then started watching the show early on.

He’s incredibly passionate about Swedenborg’s writings because they’re so revolutionary for the world and in his life. The internal sense of the Bible is one such example—as a former Catholic, he always struggled with the violence of the Old Testament. Understanding the internal sense of the word shows how these stories actually represent our own internal battles.

At the beginning, we asked viewers which Bible story they’d like to understand better. Here are some popular stories that came up:

From the Old Testament

From the New Testament

End-of-episode bonus: January 29, the day this episode aired, was Swedenborg’s birthday—or was it? Jonathan explains why it wasn’t really the day we think.

“How to Feel the Presences of Angels”
“How Angels Affect Our Thoughts”
“Our Constant Contact with Angels” (short clip)
“Is It Safe to Talk to Spirits?”
“Who was Swedenborg?”