In last week’s episode, we joined eighteenth-century philosopher and theologian Emanuel Swedenborg on a spiritual journey to other planets. Still with us? Well, in this episode, hosts Curtis Childs and Jonathan Rose go live to learn more.

Does the question of the existence of extraterrestrials have any relevance to spirituality?

For Jonathan, the question of intelligent life in space raises real questions about the nature—and purpose—of the universe. Are we random molecules bouncing around, or is there a divine plan at work?

Curtis agrees—aliens create a kind of stress test for many spiritual traditions. Can we comprehend and account for people who are so very different from us? Maybe there’s something we can learn from extraterrestrial cultures.

Swedenborg has a concept called “The Grand Human”—an idea that our bodies are a reflection of heaven and God. For him, heaven looks like a human body made up of other humans, and that structure is reflected in all parts of the spiritual universe, from the largest scale to the smallest. You can learn more about this in our episode “The Shape of Heaven.”

That largest scale of spiritual creation extends not only across the human spiritual world, but across all worlds and all forms of life. It may seem strange to think of aliens as human, but Swedenborg is talking about something beyond the shape of our bodies: a way of interrelating to each other based on love and wisdom.

Earth’s role in this vast universal human is unique—we form the senses. You can also learn more about this in a previous episode that explores the spiritual power of the physical senses. The function of the physical senses forms an interesting dichotomy. They help us understand the world, but they can distract us from higher things.

In the universal human the inhabitants and spirits of our planet relate to the external, physical senses, and these senses are the outermost limit, in which the deeper planes of life find completion, and on which they come to rest as their shared foundation. It is much the same with the presence of divine truth in the writing that we call the Word, which for this reason too was given on this planet rather than on any other. Since the Lord is the Word and is the first and the last of it, he chose to be born and to become the Word on this planet so that everything would be done in accord with the divine design. (Other Planets §122)

Jesus manifested here on earth because of the foundational role we play in the universal human. We encountered divine truth through ancient writings, but most other planets had a more direct route.

On all other planets, divine truth is revealed directly by spirits and angels. . . . This takes place within families, though, for on most planets humankind lives in separate families. This means that the divine truth revealed in this way through spirits and angels does not spread much beyond the family in which it was received, and if new revelations were not constantly occurring, the truth would become distorted or be lost. It is different on our planet, though, where the divine truth that is the Word remains in its integrity forever. (Other Planets §120) 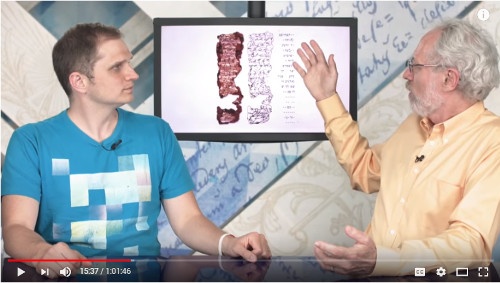 One of the things that makes us unique is that we’ve captured divine truth with the written word. Other planets depend on the oral tradition, but we’re able to preserve revelation for a much longer time. We can find this truth in sacred scriptures from cultures across the world and can share it across boundaries of time and space.

Since the Lord appears to the inhabitants of various planets in an angelic form, which is a human form, when spirits and angels from those planets hear from spirits and angels of our planet that God is an actual human being, they accept this as the Word, acknowledge it, and rejoice that this is the case. (Other Planets §121)

In one of his spiritual experiences, Swedenborg found the inhabitants of another planet to be surprised that we had scientific pursuits and preserved what we learned by writing it on paper (Spiritual Experiences §4663). Earth is unique in that we chose knowledge as a pathway to God.

In fact, our drive to learn new things and develop our understanding is one of our greatest strengths as a people.

The inhabitants and spirits of our earth are the outer sense, and . . . they are carnal. . . . But even though they are like this on this earth, nevertheless they possess knowledge of religious truths, which can serve as a kind of soil in which the spiritual and heavenly truths of religion can be implanted. Without such a soil, religious truths do not easily become implanted, and grow. Therefore also, they come more easily into the inward and very inward heaven, after their outward elements have been purged. And because they bring something with them from the life of the body, they also serve as ministering spirits for instructing others who do not have that higher knowledge from revelation. . . . If there is to be perfect order, heavenly truths, and spiritual ones, must take root in truths of nature. But it should be noted that the higher knowledge and mental imagery of the angels are incalculably more profound than the mental imagery of people [on earth], yet are nevertheless rooted in truths of nature; and so truths follow one after another, and correspond.  (Spiritual Experiences §1531)

In the end, it’s our understanding of the written word and natural science that gives us a place in the universe. While a good heart is all you truly need—and it works for most intelligent species in the universe—it’s our knowledge that makes us special. 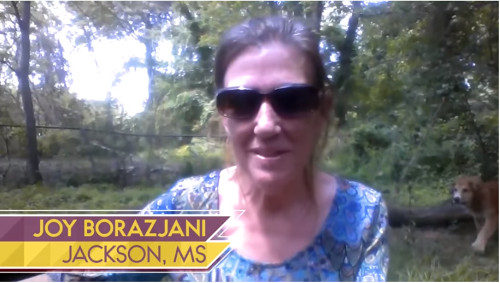 For our guest interview, Curtis speaks with Joy Borazjani of Jackson, MS. She found Swedenborg through the YouTube channel, and felt a real resonance with the ideas of divine providence and the definitions of heaven and hell.

Joy finds that her dogs help her see spiritual truths through correspondences—she tells a story about how her dogs would bark and fuss when she wasn’t tending to them and it made her think about her own resistance to divine providence. She also ties a previous episode in to another event in her life.

At the beginning, we asked viewers how they felt extraterrestrials and spirituality relate. Here are some of the answers.

“Life Isn’t Fair . . . Or Is It?”
“Serpent Symbolism, Sensory Experience, and Jesus’s Plan”
“The Shape of Heaven”

In a lighthearted and interactive webcast format, host Curtis Childs from the Swedenborg Foundation and featured guests explore topics from Swedenborg’s eighteenth-century writings about his spiritual experiences and afterlife explorations and discuss how they relate to modern-day life and death.
View the entire Swedenborg & Life Playlist