Is the apocalypse nigh? The world completely failed to end on May 21st, 2011, on Y2K, or even at the 2012 “Mayan Apocalypse,” yet many still believe that the end times will come within our lifetime. You can see this idea influencing politics and behavior, even today. Where did they get that idea from anyway?

In this episode, host Curtis Childs and featured guests explore what eighteenth-century Christian mystic and philosopher Emanuel Swedenborg had to say about Jesus’s predictions on the end times as written in the Bible—specifically, in chapter 24 of the book of Matthew. What could these Bible passages mean for humanity? 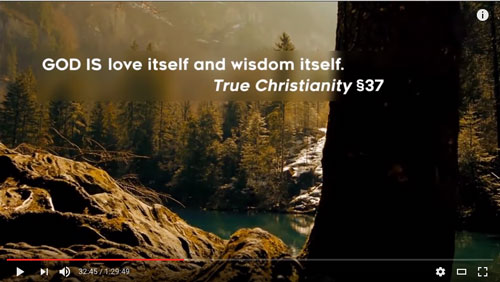 End times predictions have been around for a long time, even predating Christianity. Author Richard Smoley provides a quick history of the end of the world, along with special insight into Jesus’s predictions as listed in the gospels.

According to Swedenborg, Jesus wasn’t predicting the end of the world but the end of the Christian church. In order to understand what that means, it’s helpful to first understand that Swedenborg uses the word “church” to mean a level of consciousness that connects the Earth to God.

Swedenborg wrote about the human race functioning as one body—including both people on earth and people in heaven—with the church as its heart and lungs. Again, when Swedenborg says “church,” he’s not talking about a specific religion, denomination, or building; he’s talking about all of the people on earth who have a spiritual connection to the Divine. So, if that group is in trouble, the entire human race is in danger of losing its connection to the higher spiritual realms.

When the church on earth dies, the lower heavens also disintegrate. The reason is that the heavens consist of people from the world. When there is nothing good left in the human heart and no truth from the Word, the heavens are flooded with evils that rise up; they are choked by them as by the waters of the Styx. Nevertheless the Lord hides [good spirits] somewhere else and preserves them till the day of the Last Judgment, then lifts them into a new heaven. (True Christianity §119:3)

When you take this definition of the church and put it next to Jesus’s description of the end times in Matthew 24, what the Bible is describing in Swedenborgian terms is a theological heart attack that would affect all of humanity.

To help us better understand the dynamics at work, Dr. Edward Higgins discusses how heart attacks affect the human body physically. He makes the point that a heart attack is something that builds up over time. The final event may seem sudden, but internally there’s a long buildup with occasional warning signs. So, the heart attack of the church could take a very long time—it may even have started already!

When he looks at Jesus’s end times predictions in Matthew 24, Swedenborg sees a deeper meaning that applies not only to the people who form the “church” in our time but to our individual spiritual lives as well.

Dr. James Lawrence walks through some of the divisions within the Christian church that Jesus may have been referring to. It started out small but then became more dramatic with the schism between Catholicism and Protestantism, which then led to a proliferation of smaller denominations splitting off from larger ones and new movements springing up in response to new interpretations of spirituality.

When we go back to the literal text of the Bible and look at its spiritual correspondences, we see references to arguments about truth and to battles between groups of the faithful.

People within the church weren’t able to see what was happening, and we must be careful not to be blind to this in ourselves. In Swedenborg’s experiences of the spiritual world, he encountered many people who pretended to be faithful and loving on earth but who were in fact filled with hatred for others—and even for Jesus.

No matter how bad things get, there will always be good people, and Swedenborg wrote that the human race as a whole is moving towards love and goodness. He predicted that a new religion would arise as the Christian church collapses.

So we’ve seen what’s happening and what’s bad about it, but what do we do? How do we stay safe in the face of animosity and hatred?

Back to the correspondences:

The core of this message is that in order to survive periods of conflict, we need to stay in a loving mindset. Why couldn’t Jesus just say that? It turns out that there’s a good reason.

The Lord spoke this way in order to keep people from understanding his words, for fear they would profane them. If they had understood the message when the church was spiritually devastated . . . they would have profaned it. (Secrets of Heaven §3898:2)

What is profanation? Swedenborg defines it as first understanding, accepting, and living divine truth and then rejecting it. Those who profane truth use what they’ve learned for their personal benefit. They can then twist true ideas to deceive others, leading good people astray.

People who profane truth live constantly with a source of torment, according to the magnitude of their profanation. Because of this, the Lord takes the greatest care to prevent divine goodness and truth from being profaned. With people who cannot help profaning what is true and good his main method is to keep them as far as possible from acknowledging and believing in it. Again, the only people who can profane something are those who once acknowledged and believed it. (Secrets of Heaven §3398:2)

Jesus also warns against false prophets, a claim that has been made about many people throughout history. How do we identify who is telling the truth and who isn’t? In Swedenborg’s view, what matters most isn’t what you claim to believe but how you choose to act. Is what a person does consistent with what Jesus taught and did?

Following along those same lines, how can people know when the Second Coming is really happening?  If it’s not a physical transformation in the world, how will it look?

The Lord’s Coming will not be his literal reappearance in the world but his presence in every individual. This coming takes place every time the gospel is preached, every time someone thinks about something holy. (Secrets of Heaven §3900:9)

Jesus corroborates this idea in Luke 17:20, 21. In plain English—no correspondence required!—Jesus says that the coming of the kingdom of heaven will not be physical but will instead be inside all of us.

Maybe the diversity of religious traditions reflects the many different ways in which that Second Coming could happen. Dr. James Lawrence speaks to parallels between all the different movements of Christianity.

With all of this, we haven’t even gotten to some of the most potent imagery in Jesus’s description of the end times!

Why the Stars Fall

The falling stars are a common theme in end times research. This imagery doesn’t come from a poor understanding of the night sky but instead from the spiritual correspondences of the sun, moon, and stars. The sun stands for a love of the Lord, and the moon stands for neighborly love. For those lights to go dark, then, means that they are unable to reach the world because people reject love and charity.

The description of Jesus coming through the clouds is also a clear correspondence. It stands for the inner meaning of the Bible being understood through the literal meaning of the words. This is how Swedenborg understands the Second Coming and the rebirth of the faith.Swedenborg refers to the Bible as the Word, but in his writings he makes it clear that the Word also means spiritual truths that go beyond what is written:

The Word of the Lord in itself is dead, for it is only a letter; but in the person reading it, it is vivified by the Lord in the measure of each one’s ability to understand and perceive, with which he or she is gifted by the Lord. So it is alive in the measure of the life of the person reading it, for which reason there is countless variety. These words were written in the presence of angels. (Spiritual Experiences §1877)

Swedenborg also comments on the Rapture as famously depicted in the Left Behind book series. The series imagines a world where the Rapture comes, the faithful vanish suddenly as they’re taken up to heaven, and everybody else is . . . left behind. The events in the series are based in part on the words of Matthew 24:40–41, which Swedenborg explains below.

It should be noted here that in Swedenborg’s theology, to be “damned” means a state that people choose for themselves based on the things they love; it does not mean eternal punishment. But the point is that you can’t really tell what a person’s internal state is like by looking at them.

The Benefits of an Oil Supply 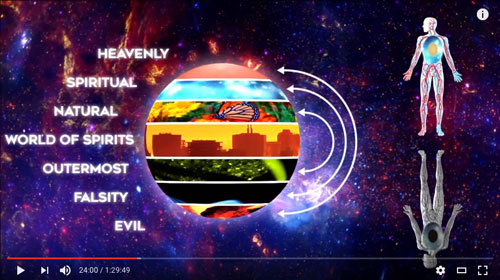 Jesus is not the fire and brimstone judge that some people depict. He is love, and he wants us to be ready for the Second Coming. He left instructions in the form of a parable that immediately follows the dire predictions in Matthew 24, popularly known as the parable of the ten young women. The story goes like this: Ten young women were getting ready to participate in a wedding celebration. Five of them brought oil for their lamps, while the other five brought lamps without enough oil and were forced to run out to buy more at the last minute. The five unprepared women ended up missing the celebration entirely, while the five who brought oil went to join in. Curtis uses two replica oil lamps to demonstrate the spiritual principle involved: the lamps represent our faith, and the oil is love. Without love, we can have no true faith. (Don’t miss the coming of the Lord!)

The moral of the story is that even when there’s hatred, when times are difficult, or when we might experience doubt, we have to consciously embrace love.

After the parable, you can take some time to meditate on that imagery and your own understanding of charity in hard times.

What is the driving force of all this disunity in human ideologies? Is it simply a natural result of the immense diversity in backgrounds/traits or is this unrest serving towards collective growth?

How does Swedenborg feel about self-defense and pacifism? Is a Tolstoyan non-resistance encouraged, or can one feel free to defend one’s self, despite such interpretations of the Sermon on the Mount?

Swedenborg said much more about the inner meaning of Matthew 24 and 25 than we could include in this episode. For more on the end times as described by Jesus, download for free from our website a full compilation of Swedenborg’s commentary.

“The Spiritual Future of the Human Race”

“3 Simple Ways to Love Everyone”