In our last episode, we had a look at what spiritual bodies are and how they work. In this episode, hosts Curtis Childs and Jonathan Rose go live to talk about what eighteenth-century theologian Emanuel Swedenborg learned about how our physical bodies used to work.

What are good ways to take care of the health of your spirit (spiritual body)?
This question makes Jonathan think about the difference between spiritual junk food, such as the news feed on his phone, and spiritual nourishment. Even though he reads a great deal of Swedenborg and spends a lot of time considering spiritual matters, he still has to make efforts to remove that junk food.
Curtis has come to realize how younger people tend to be able to eat whatever they want, while people become more careful with their diets as they get older. In the same way, he’s now more protective of his spiritual body than he was before.

Swedenborg says there have been changes in humanity since ancient times. The earliest phase of humanity (which Swedenborg refers to as the earliest church), represented biblically by Adam and Eve, was heavenly in that it lived charitably. But just as did the descendants of Adam and Eve, this phase went through a decline, leading to a phase that was spiritual but not heavenly in its actions.
This period is represented by the story of Noah, as we covered in “The Meaning of Noah and the Flood.” According to Swedenborg, the flood actually brought changes not only to the mindset of humanity but also to how our bodies worked.

The earliest church had enjoyed a perception of goodness and truth. . . . But what the world does not yet know and may have difficulty believing is that the people of the earliest church breathed internally; any external breathing was silent. (Secrets of Heaven §607:1, 2)

As a result, they also spoke less with words than people afterward did and still do. Instead, like the angels, they spoke in ideas or mental images, which they could communicate by endless changes in facial expression, especially around the lips. This part of the face has countless series of muscle fibers that today cannot work separately but in those times were independent of each other. Using these muscles, they were able to display, signal, and represent their ideas in such a way that what we would now need an hour to express in articulated sounds (that is, words) would have taken them a minute. And they conveyed their message to the grasp and real comprehension of those present much more fully and clearly than words or sentences could ever do. This may seem impossible, and yet it is true. There are also many others, not from this planet, who spoke and still speak in the same way. (Secrets of Heaven §607:2)

In heaven, angels breathe and speak in the same way we once did. But something changed . . .

This internal breathing vanished little by little among their descendants. In those consumed by horrendous delusions and fantasies, such breathing lost the ability to present any thoughts to them that were not hideously ugly. The effect of this change was [so powerful] that the people themselves could no longer survive, and so they were all wiped out. (Secrets of Heaven §607:3)

As our ancestors changed, they started to resemble us more and more. External breathing replaced internal breathing, and they started speaking with words and sounds instead of with the subtle movements of their faces. In place of perception, we started to develop what we now call conscience. For more on what Swedenborg means by perception, check out “How to Find True Intuition.”

[This earliest form of conscience] was similar to [modern] conscience, although it was more or less a middle ground between perception and the conscience that some people today are familiar with. When the ideas that make up thought came to be poured into this type of mold—into spoken words, that is—human beings could no longer receive instruction by way of the inner self as the earliest people had but only through the outer self. (Secrets of Heaven §608)

As how we thought became more of an external process, it found its source in the physical senses. God was providing us with a new psychic framework; and without it, humanity could not have been saved. 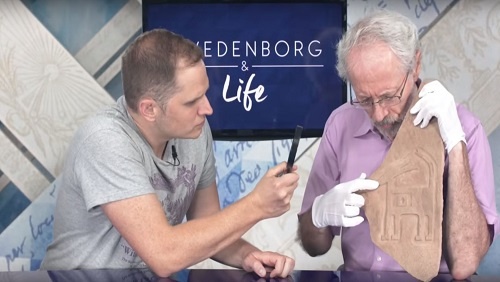 Archeologists have started to challenge the classic view of the Neanderthal cavemen.  Rather than being primitive savages, they actually may have been more closely related to us and demonstrated a wiser and more compassionate culture. 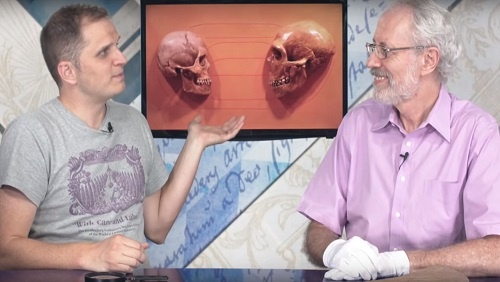 In fact, some of Swedenborg’s descriptions of earliest humanity seem to parallel our understanding of the differences between Neanderthals and Homo sapiens. Many of the things that made earlier scientists believe that Neanderthals were of low intelligence may actually be connected to the differences Swedenborg described.
For more on the spiritual significance of the human brain, check out “Revelation: Vision of a God-Centered Life.”

At the beginning, we asked about how you should nourish your spiritual body. Here are some of the answers.

“How to Find True Intuition”
“The Meaning of Noah and the Flood”
“Revelation: Vision of a God-Centered Life”
“Who Was Swedenborg?”
“Your Spiritual Body”