Our group of Swedenborg experts gathered to answer your questions about God, spirituality, and eighteenth-century theologian Emanuel Swedenborg.

The expert panel members are (in order of appearance):

Questions and answers are summarized below, and you can follow the links for the full discussion.

1. I wonder what truly separates the three levels of hell and heaven. Like what is the mindset that would elevate or cast you down?

First, you need to understand that the Lord wants you in heaven and wants you to succeed and grow. Chelsea Odhner shares how this process works, and she clarifies that hell is reserved only for those who deny love and wisdom with all their hearts. 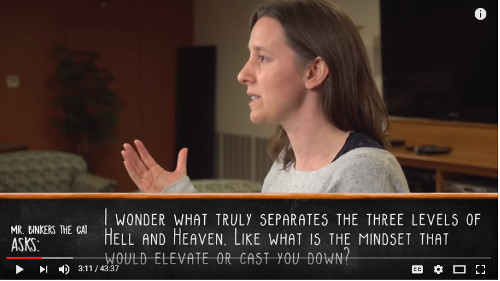 She also talks about the mindset embodied by the different levels of heaven. The first level is the level of purpose; it’s a level made up of people who are fully aligned with God’s intention for the world. The second level is an understanding of truth without love—people who do the right thing because they understand the spiritual principles involved, not because love is motivating them to do so. The third level, which is the lowest, is about results—people who do good because they know it’s good, even if they don’t fully understand why. However, there’s no judgment involved. All these levels are still heaven. You’ll find yourself in the right place for you.

2. How are we to be around others that don’t believe in heaven or hell, yet they mock you in your face?

3. Were angels waiting for those that died when Stephen Paddock killed them? Did the angels already know what would happen?

This question, as viewers may remember, relates to the mass shooting in Las Vegas on October 1, 2017, in which fifty-eight people died. Swedenborg describes angels waiting to greet us in the afterlife, but how does that work with a tragedy that nobody in this world saw coming? 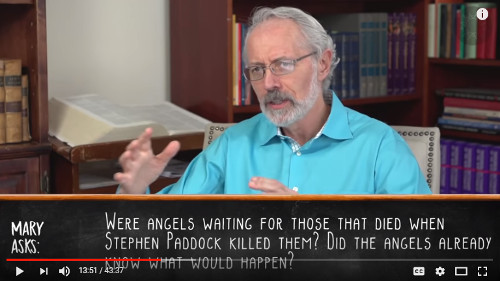 Dr. Jonathan Rose says that it’s pretty clear from the Bible that God knows everything, including what’s going to happen, and so he would have prepared the angels for such an event. He adds that angels don’t worry about the past or the future, but they live constantly in the moment under the guidance of God, who provides them with the blessings that they should contemplate in that moment.

But if the Lord knows in advance what’s going to happen, why doesn’t he send angels to intervene? Jonathan believes that he does intervene, more so than we realize, but if people were never allowed to act of their own free will, then it would not be possible for them to choose the path to either heaven or hell.

The Lord tolerates evil, but not because he wants it to happen; he does not want it to happen, but he cannot remedy it completely, because his overall goal, which is salvation, takes precedence. (New Jerusalem §276:2)

4. Was Swedenborg attracted to “his kind” in the next world? Did he get his understanding from them?

When describing the afterlife—both heaven and hell—Swedenborg says that we will be attracted to people, and to communities, where people share the same kind of love.

People of similar quality all recognize each other there just the way people in this world recognize their neighbors and relatives and friends, even though they may never have seen each other before. This happens because the only relationships and kinships and friendships in the other life are spiritual ones, and are therefore matters of love and faith. I have often been allowed to see this when I was in the spirit and therefore out of body and in the company of angels. Then some of them looked to me as though I had known them from infancy, while others seemed totally unfamiliar. The ones who looked as though I had known them from infancy were the ones who were in a state like that of my own spirit, while the unfamiliar ones were in dissimilar states. (Heaven and Hell §46)

Rev. Sage Cole suspects that the answer to this question is yes—that to a certain extent, Swedenborg’s ideas of the afterlife were shaped by the spirits who shared his particular type of love and faith. At the same time, Swedenborg was able to see all kinds of people across his spiritual journey, and it seems to have given him a broad, “big picture” perspective on the other world.

5. Are there different truths for different people? 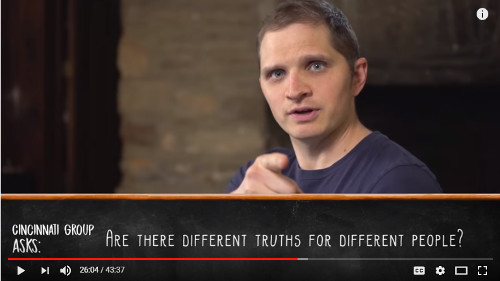 Curtis Childs understands divine truth to be absolute, not relative. That said, we each have a different view into a truth that is vast and complex—so there is more than one correct understanding. He points out that there is a number of different ways to understand sacred scripture, for example, and many different paths to the truth that underlies reality as we perceive it. That means it’s important to work to understand each other, even when we disagree. After all, we could be looking at the very same truth from different angles.

6. Did Swedenborg meet up with spirits that were mediums or psychics in his spiritual travels?

The simple answer is yes, says Karin Childs. Swedenborg describes encountering mediums many times in the spiritual world, although when he talks about mediums, he means spirits who can bridge the gap between different spiritual communities.

As with most things in the afterlife, the mediums Swedenborg encountered could serve either good or evil purposes. For example, evil spirits could use mediums to target a spirit that they otherwise could never have reached, manipulating the medium into serving a harmful end. This could happen to mediums living in our world, too. On the other hand, spirits in good spiritual societies might use mediums to communicate with people with whom they might otherwise have trouble connecting. Swedenborg himself reported that sometimes it was easier to hear spirits when they were communicating through a medium.

In a way, she adds, we’re all acting as mediums when we choose which spiritual impulses to follow, and we can all benefit from being discerning about how we act on our thoughts.

7. Are sociopathic and narcissistic people excused for their behavior on earth in heaven, being that this could be mental illness and beyond their control?

The diagnosis of narcissistic or antisocial personality disorders is that a person meets a specific set of criteria that means they are mentally ill. Rev. Wilma Wake shares that while Swedenborg’s writings predate our modern understanding of mental illness, he did write that people suffering from it are forgiven—they are not in control and therefore aren’t acting out of free will.

The reason no one is reformed in a state of mental illness is that mental illness deprives us of rationality and therefore of the freedom to act rationally. The mind is sick and not healthy, and while a healthy mind is rational, a sick one is not. The illnesses are things like depression, imagined or illusory guilt, various kinds of hallucinations, mental anguish brought on by misfortunes, and mental anxiety and pain brought on by physical disorders. These are sometimes thought of as temptations, but they are not. Real temptations focus on spiritual issues, and during them the mind is in possession of its skills. The states I am talking about focus on earthly issues, and during them the mind goes mad. (Divine Providence §141)

However, while people are not held spiritually responsible for their actions while under the influence of an illness, especially a long-term one that shapes their personality, in the spiritual world those physical considerations are removed. From that point on, the individual might have a lot of learning and growing to do.

Swedenborg and Life “Spiritual Questions Answered” Playlist
“Who Was Swedenborg?”