In this special episode, host Curtis Childs interviews Gary Lachman, author of twenty-one books on wide-ranging topics—including biographies of Aleister Crowley, Carl Jung, and Emanuel Swedenborg, as well as studies in existentialism and the philosophy of consciousness. Oh, and he was a founding member of the pop group Blondie and a Rock and Roll Hall of Fame inductee.

While Curtis and Gary touch on some of these topics, their focus is on eighteenth-century scientist and theologian Emanuel Swedenborg. Questions and answers are summarized below, but follow the links for the full discussion.

How did you get from music to full-time writing on esoteric topics? 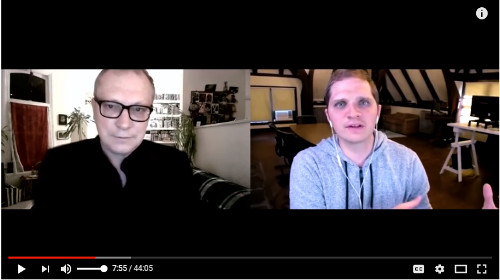 Gary had been interested in the occult and metaphysics for a long time—it even helped to inspire his music when that was the focus of his career. When he started writing full-time, it was natural to continue his esoteric studies.

At the time when he started working, there was an occult revolution that came along with political and musical changes. Now, supernatural topics are much more mainstream than they were at that time.

Do you see a strong influence of the occult in these revolutions?

Many occult ideas have always been in the mainstream, but they are just ignored or airbrushed out when they make people uncomfortable. In fact, one branch of the occult, Hermeticism, was extremely popular even in the Renaissance—inspiring many classical artists to create work we know today.

Gary’s fascination with the occult and esotericism moved from reading more sensational and fun books to researching more serious historical material. In the course of researching a book about literary figures influenced by mysticism and the occult, one name that often popped up in that context was Emanuel Swedenborg.

You mentioned more fun and exciting popular books about the occult, but many people might place Swedenborg in the more serious category?

Swedenborg himself was clearly more serious, but he’s also frequently referenced in more popular types of books, such as, for example, in Colin Wilson’s The Occult.

As he heard more and more about Swedenborg, Gary had the opportunity to write an article about the Swede for Gnosis magazine. From there he was asked to write a short biography of Swedenborg, which gave him an excuse to immerse himself in Swedenborg’s writings. 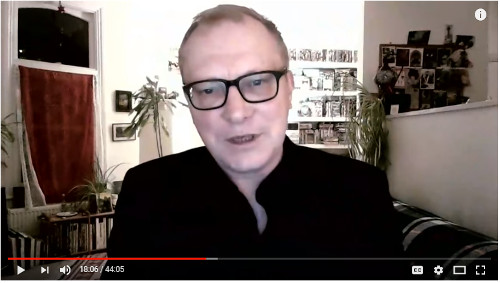 Gary didn’t know much about Swedenborg’s life before he started on his book, but he was delighted to learn about a true Renaissance man who studied both science and theology. Since Swedenborg’s work inspired so many others, Gary felt like more people ought to know about it.

Swedenborg experts now think that his scientific and his spiritual writings are more closely related than we thought.

Gary agrees. He came across references to Swedenborg practicing techniques like meditative breathing, which we associate with occult or mystical ideas. And we see from Swedenborg’s scientific studies that one of the things that drove him was a search for the seat of the soul. He wanted to find the connection point between the spiritual world and the physical world.

In many ways, the one led naturally to the other—when Swedenborg hit the limits of science, he started practicing his spiritual research.

Could you tell us more about your next project?

Dark Star Rising: Magick and Power in the Age of Trump is coming out May 2018. It examines how the power of positive thinking and creating reality through visualization may have influenced the November 2016 US election. Did so many people visualize Donald Trump (or their mental image of who Trump is / could be) becoming president that they actually created that reality?

Considering Nazi esotericism, do you see ties between political power and occult forces?

It’s not uncommon for political leaders in any era to subscribe to these types of beliefs, whether it’s fairly common beliefs, like positive thinking or astrology, or something deeper, like the Nazi Party’s more explicit connection to occultism. This does seem especially true for far-right parties and politicians, but there are progressive examples as well.

In the past, people could discuss occult and esoteric ideas fairly freely, so it wasn’t such a stigma to speculate on and explore esoteric topics. Now, rationalism is a dominant force.

Do people risk their careers when they write on these topics today?

Many thinkers are open to new evidence and to studying all kinds of truth, no matter the source. Stay critical, but be open to the idea that you live in a world where anything is possible.

What matters is that no matter who you are or what you believe in, you should just talk to each other. Learning and staying open-minded is the best way to seek at truth.

“Is the Law of Attraction Real?”