We’re excited to announce the official release of not one, but two new books in the New Century Edition translation series, both translated by George F. Dole and Jonathan S. Rose. 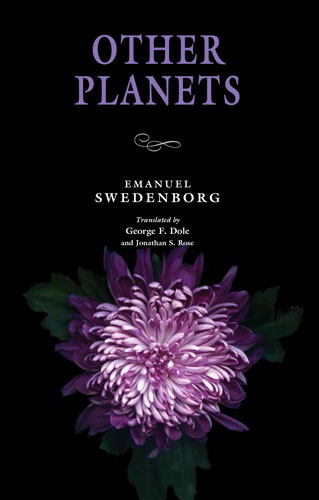 One of Swedenborg’s most fascinating short works is Other Planets, which we’ve published as a standalone paperback volume as well as part of our other new release, The Shorter Works of 1758 (see below). Other Planets takes the form of an extended description of Swedenborg’s experiences in the afterlife—specifically, visiting the spirits that originated on other planets. He gives accounts of meeting spirits from the planets in our solar system that were known at the time (Mercury through Jupiter, and also Earth’s moon), as well as some extrasolar planets.

The work has often posed difficulty for people who read it literally, given that advances in astronomy have shown that there is no intelligent life on many of the bodies he names, and has been the subject of a great deal of speculation. Karin Childs, a member of our offTheLeftEye writing team, offered some perspectives in this short video clip, and you can also read a more extensive discussion of the theories about this work in Richard Smoley’s introduction to The Shorter Works of 1758.

Regardless of how the reader understands Swedenborg’s experiences, Other Planets presents a fascinating spiritual message: that all humans, whether we encounter them today here on Earth or tomorrow in the far reaches of the universe, have their share in a spiritual life. The beings Swedenborg encounters offer a variety of different perspectives on how to live spiritually, often highlighting ways in which we here on Earth get it wrong. Along the way, Swedenborg offers some of the most concise explanations of key theological principles to be found anywhere in his works. 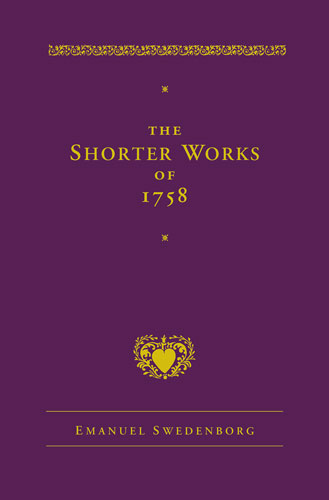 The Shorter Works of 1758 contains four of Swedenborg’s short works, all of which, as the title suggests, were published in 1758. Although they have all been published in various forms before, this volume represents the first time that Swedenborg’s short works have been grouped by original date of publication. The volume contains a preface that discusses why Swedenborg might have chosen to print these short works in the same time period, giving readers a peek into his publishing strategy.

As a Deluxe NCE edition, not only is this work printed in hardcover, but it contains extensive reference materials:

The Deluxe edition is the ultimate study guide for people who love digging into the details of Swedenborg’s thought! But if you’d rather explore one work at a time, New Jerusalem and White Horse are also available as translation-only paperbacks through our online bookstore, and Last Judgement is coming soon.

You can order these books and many more from our online bookstore. If you’re a member of the Swedenborg Foundation, you receive an additional 20% off on all of our books!

Subscribe to the New Century Edition and you can save 30% off the cover price of each volume as it’s released—and if you’re also a member, that discount stacks to become 50% off! There is no fee to subscribe; we ask only that you commit to buying each volume as it comes out. For more information, contact Brian Mann at bmann@swedenborg.com or 610-430-3222, ext. 109.