In this special live broadcast from Glencairn Museum in Bryn Athyn, Pennsylvania, hosts Curtis Childs and Jonathan Rose look into all the paths God will take just to reach you. One of these paths, the works of eighteenth-century philosopher and theologian Emanuel Swedenborg, can be particularly powerful . . . even though it seems challenging. 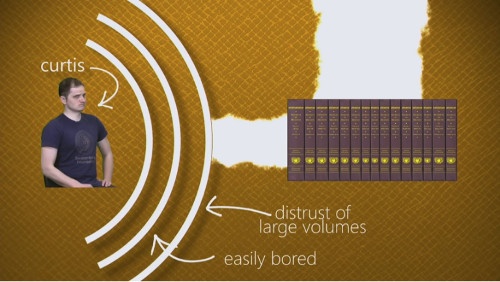 In the year 1758, Swedenborg had published his magnum opus, Secrets of Heaven, but it hadn’t drummed up the interest he was hoping for. He decided to break up the topics in this large work (eight volumes in the original Latin, fifteen in the English translation) and publish shorter works that were each targeted toward a specific interest—but with plenty of cross-references back to Secrets of Heaven.

For us, that may just seem like a good marketing technique, but it also reflects a deeper spiritual principle—the Divine is always ready to reach out to us and communicate in whatever medium works best for each of us.

When the Lord appears to someone, his appearance depends on the person’s nature, because we can receive what is divine only in accordance with our nature. (Secrets of Heaven §6832:1)

You can almost think of each of those shorter works as a “trailer” for Secrets of Heaven. That thought led the team to wonder what it would look like if we were making a movie trailer for each of those volumes today. 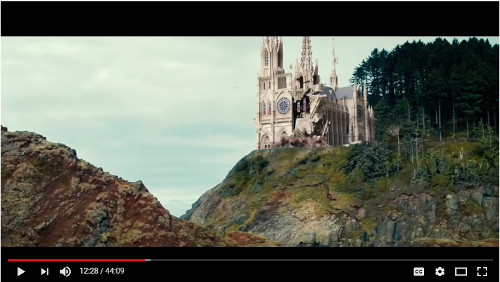 In this thriller targeted at Christians afraid of the end of times, Swedenborg wrote about the truth he experienced—that the Last Judgment was something that happened in the spiritual world, and that it was really about purging evil from heaven so that good people could be safe.

Again, we see that this is an example of God meeting us where we are.

The Lord does not force us to accept what flows in from him. Rather, he guides us in our freedom, and so far as we let him, he uses our freedom to guide us to what is good. So the Lord leads us in harmony with our pleasures and also in harmony with our illusions and the assumptions we base on them; but he gradually extracts us. Moreover, it appears to us as though we do it on our own. The Lord does not break our pleasures and illusions, then, since to break them would be to violate our freedom, whereas freedom is a must if we are to be reformed. (Secrets of Heaven §6472:2)

In Last Judgment, Swedenborg was responding to the fears that people have about the end times, presenting a perspective that he hoped would be both comforting and enlightening. We see that dynamic again in his most popular work, Heaven and Hell—although this time, the intended audience is a bit different. 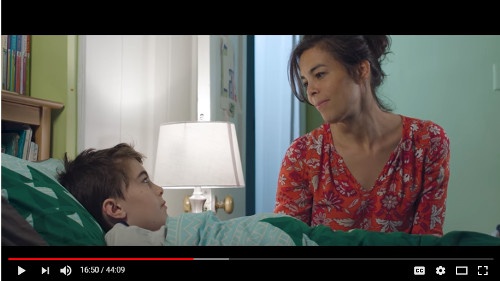 In a feel-good family drama for ordinary people curious about the afterlife, Swedenborg shared what he learned about what happens after death. He felt that people were being preyed on by false concepts about the afterlife, and he wanted to give answers to questions that he knew many people had.

Since these topics are emotional, Heaven and Hell connects with people at that level. That longing for truth and desire to know about the fate of loved ones can be a way into understanding more about spirituality in general.

. . . The point of freedom is for us to feel and be motivated by a desire for truth when we are being taught, so that truth can penetrate deeply into us—all the way to our spiritual self, or soul—and unite with goodness there. (Secrets of Heaven §3146)

For adventurers who wanted to understand the true secrets of the Bible, Swedenborg wrote a detailed exploration of the meaning of the white horse in Revelation. As Jonathan points out, there probably weren’t huge numbers of people in Swedenborg’s day who were lying awake at night wondering about the meaning of that particular image, but there were many people who were steeped in the Bible. White Horse was for people who were very biblically literate and looking for deeper understanding—as opposed to Heaven and Hell, for example, which contained very few Bible references. 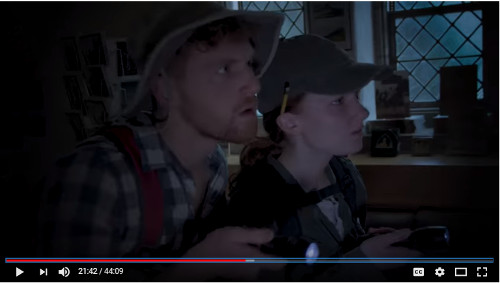 Some of the truths in the Word’s literal meaning are apparent truths rather than naked truths. They are like similes or comparisons taken from earthly situations, which are therefore accommodated and adapted to the grasp of people who are simple or young. (True Christianity §215) 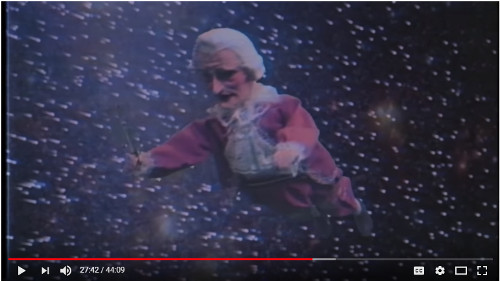 If Swedenborg had released Other Planets in the 1990s, it just might have had a trailer like this one. While the trailer might seem a little silly, in fact the book itself contains some humorous scenes (we kid you not: burping on the Moon), which is unusual for his work.

With Other Planets, Swedenborg wanted to reach two kinds of people: those who believe in angels and spirits and those who are just curious about life on other planets. In fact, a little more than halfway through the work, he says that many of the details he includes were specifically intended to intrigue people so that they would be exposed to the spiritual ideas within (§124). And to get to the strange or humorous parts, you have to read through some serious critique of the spirituality of the people who live right here on Earth. 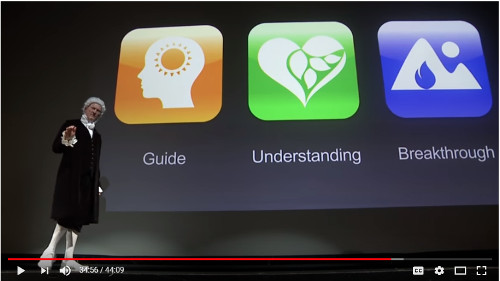 Disruptive innovation isn’t just for the software industry—Swedenborg was out to revolutionize religion and theology with his vision of a new spirituality for humanity. New Jerusalem was effectively a summary of that vision, presented in short, easy-to-read bites with plenty of references back to his larger work. This new product seemed to be aimed specifically at seekers—people who were looking for a new perspective on religion and spirituality.

Another secret from heaven is that the Lord leads us by means of things that really are our own—both the illusions of our senses and our cravings—but diverts us toward things that are true and good. So every single moment of regeneration carries us forward from evening to morning, just as it takes us from the outer self to the inner, or from earth to heaven. (Secrets of Heaven §24)

As an extension of this idea, Swedenborg says that all religions are a valid path to God—because God does meet us where we are, he can also come through many different paths, codes, systems, and practices. In fact, from that point of view, even secular activities like jobs or hobbies can be a path to God if they’re used to live a life of love.

“Swedenborg 101: The Basic Nature of Everything”
“Who Was Swedenborg?”

In a lighthearted and interactive webcast format, host Curtis Childs from the Swedenborg Foundation and featured guests explore topics from Swedenborg’s eighteenth-century writings about his spiritual experiences and afterlife explorations and discuss how they relate to modern-day life and death.
View the entire Swedenborg and Life Playlist