When people first learn about eighteenth-century philosopher and theologian Emanuel Swedenborg, they often ask why it took them so long to hear his amazing ideas. But he has actually influenced many of history’s most influential people. In this episode, Curtis Childs and Jonathan Rose host a live game show to discuss how his ideas have spread.

Swedenborg’s influence isn’t limited to theology—thinkers of all kinds have found his ideas to be engaging and useful. 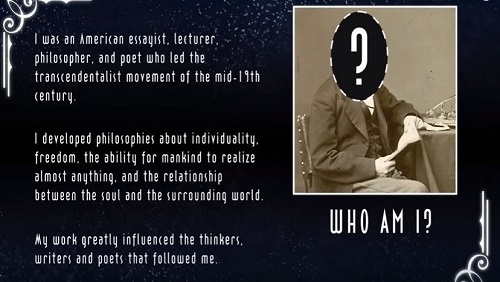 Ralph Waldo Emerson was a vastly influential poet and philosopher whose own work owed much to Swedenborg.

“A colossal soul, [Swedenborg] lies vast abroad on his times, uncomprehended by them, and requires a long focal distance to be seen.” (Ralph Waldo Emerson, Representative Men)

Author and environmentalist Devin Zuber joins to discuss how Emerson’s perspective on nature was informed by Swedenborg. 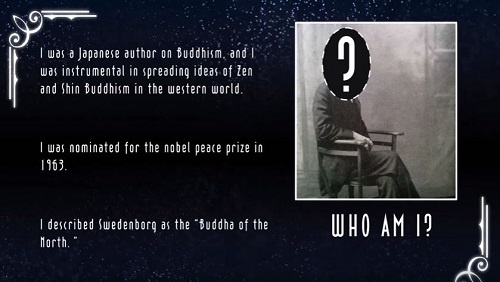 “Revolutionary in theology, traveler of heaven and hell, champion of the spiritual world, king of the mystical realm, clairvoyant in history, scholar of uncomparable vigor, scientist of penetrating intellect, gentleman free of worldly taint: all of these combined into one make Swedenborg. Now, in Japan, the field of religious thought is finally reaching a state of crisis. Those who wish to cultivate their spirit, those who bemoan the times, must absolutely know of this person.” (D. T. Suzuki, preface to Suedenborugu)

Helen Keller was best known for overcoming her disabilities, but few know that Swedenborg’s philosophy helped her become an activist and go on to inspire others.

“Swedenborg’s message has meant so much to me! It has given color and reality and unity to my thought of the life to come; it has exalted my ideas of love, truth and usefulness; it has been my strongest incitement to overcome limitations.” (Helen Keller) 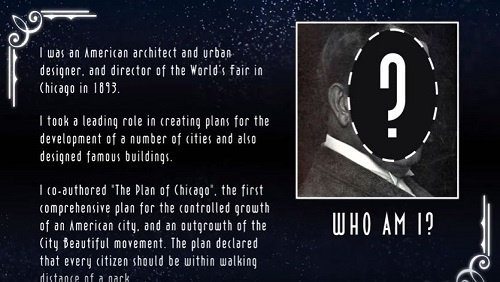 Daniel Burnham was a brilliant architect and designer whose Swedenborgian faith drove him toward serving others. He actually designed pieces of Chicago according to Swedenborg’s description of heaven. 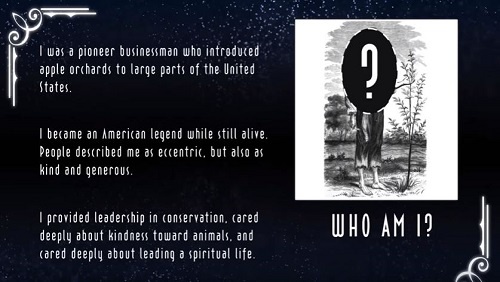 John Chapman (aka – “Johnny Appleseed”) lived his life in service to his country and his planet. In addition to introducing people to apple trees, he was known for distributing parts of Swedenborg’s  books. Environmental philosopher John Muir’s views on nature owed much to Swedenborg’s understanding of the language of the spirit. Devin Zuber joins again to explain how this inspired Muir’s founding of the Sierra Club. 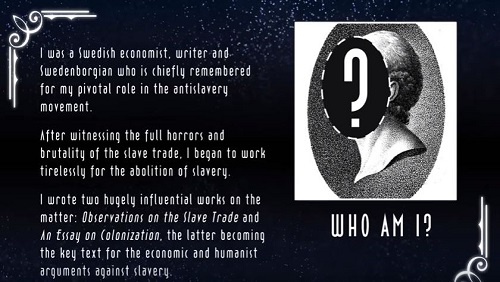 Carl Bernhard Wadström’s ideas and efforts played a crucial role in the antislavery movement. His dedication to abolition was largely due to his own Swedenborgian faith.

Lydia Maria Child was an abolitionist and a champion of both women’s and Native American rights. The Swedenborgian science of correspondences was a practical truth and tool for her in her efforts toward equality. 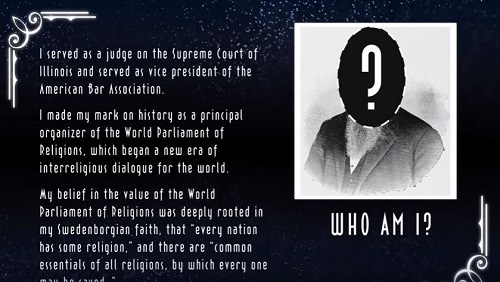 Charles Carroll Bonney was a Swedenborgian who started the World Parliament of Religions based on the assertion that people of all beliefs can come together in love to serve God. He did foundational work in finding common ground across religious traditions. 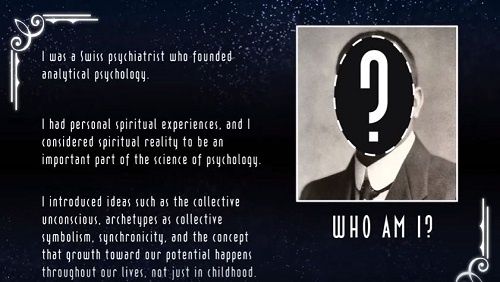 Carl Jung was a well-renowned psychologist whose concepts were built on many of his Swedenborgian beliefs: that the collective unconscious reflects the spiritual world, synchronicity reflects divine providence, and archetypes reflect correspondences. 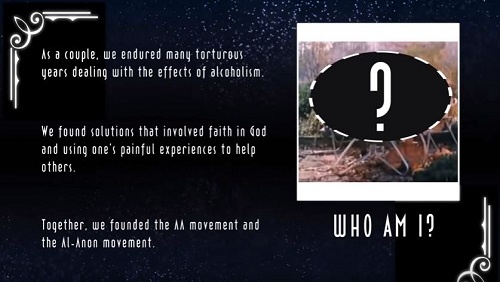 Bill and Lois Wilson founded Alcoholics Anonymous and built the twelve-step program on a model of repentance. Show writer Karin Childs joins to discuss the connections between the Wilsons and Swedenborg. 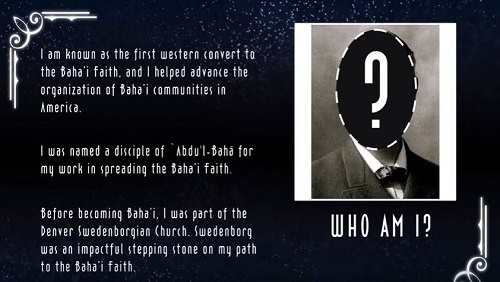 Thornton Chase converted from Swedenborgianism to the Baha’i faith and found a lot of similarities between the two worldviews—especially in the basic unity of all faiths and of science and spirituality. 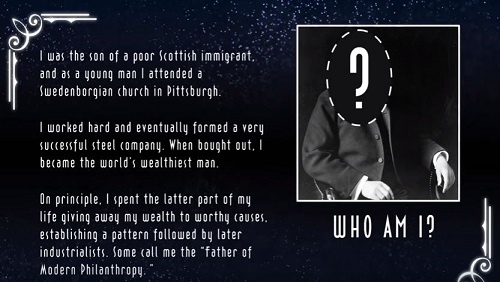 Andrew Carnegie was once the world’s wealthiest man, even though he spent the latter part of his life giving most of it away in service to others. Swedenborg’s philosophies helped him become the “father of Modern Philanthropy.” 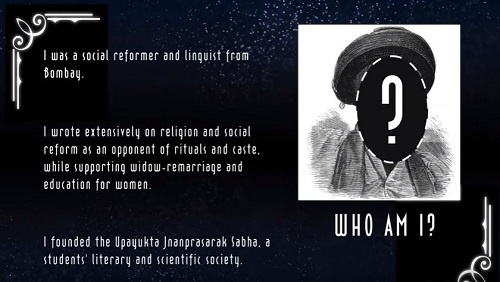 Dadoba Pandurung was an advocate for reform in India and sought to promote Swedenborg’s ideas throughout the world—all he wanted was to share the science of correspondences and the basic truth that we are all equal as humans. 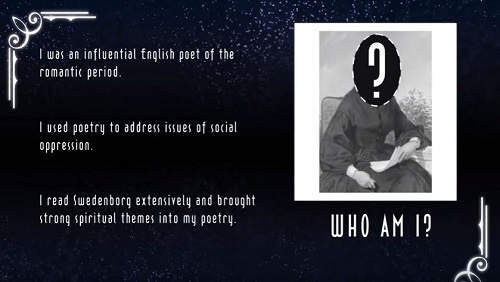 “To my mind, the only light that has been cast on the other life is found in Swedenborg’s philosophy. It explains much that was incomprehensible.” (Elizabeth Barrett Browning)

This wasn’t anywhere near an exhaustive list—there are many more significant figures who learned from Swedenborg. And those that have acted on Swedenborg’s philosophies in their lives have been powerful forces for good in the world.

Books:
The Core of Johnny Appleseed
Distant Voices
How I Would Help the World (Helen Keller)
Light in My Darkness (Helen Keller)
Sampson Reed
Schelling and Swedenborg
Scribe of Heaven (NCE)
Swedenborg: Buddha of the North

“Splendors of the Spirit: Swedenborg’s Quest for Insight”
“Uncanny Parallels: Buddhism and Swedenborgianism”
“Who Was Swedenborg?”